Cornwall Council is to make the formal launch of its £536,000 bid to turn Truro into the European Union’s Capital of Culture on 3rd March.  The council said this would be the start of its campaign to win public support for the idea, before taking a final decision in October on whether to proceed.

With a full round of council elections on 4th May, the issue seems unlikely to command support across the political spectrum.  One cabinet member, Andrew Wallis (Independent) today describes the gamble as “like betting on a three-legged donkey at the Grand National.”

The council’s largest group, the Liberal Democrats, are trying to rally behind their pro-European sentiments but several Lib Dem councillors admit privately that they now have an uphill struggle to win the battle for hearts and minds outside of County Hall.  The Lib Dem Mayor of Truro, Rob Nolan, said he had not been consulted.

Conservative councillors are generally sceptical about the bid and in a further sign that Cornwall's Tories are preparing to make the bid an election issue, St Austell & Newquay MP Steve Double said today: “Every day my office deals with many enquiries from concerned residents about problems with Cornwall Council. When contacted, often Cornwall Council’s response is ‘sorry but we’ve got no money’. This is often their catch-all response for anything from public toilets to potholes.

“But yesterday we again saw the true colours of this catastrophic cabinet. Despite pleading poverty at every turn and blaming ‘central government cuts’ for their woes, they have once again found money, to the tune of over £500,000, to spend on a risky gamble for another madcap scheme that could well end up having precisely zero positive impact on the people of Cornwall.

“I have no objection to promoting our rich and unique culture and heritage across Cornwall, but at a time when front line services are being cut, this is yet again a mis-use of Cornish taxpayer money to cater to a rash gamble that is not in the best interests of the people of Cornwall.

“This decision is the latest fiasco in a series of them by Cornwall Council’s leadership. I hope that come May the people of Cornwall will see them for what they are and remove this useless administration.”

In last June’s EU referendum, Cornwall as a whole voted 54% for Brexit – a higher margin than the national average. 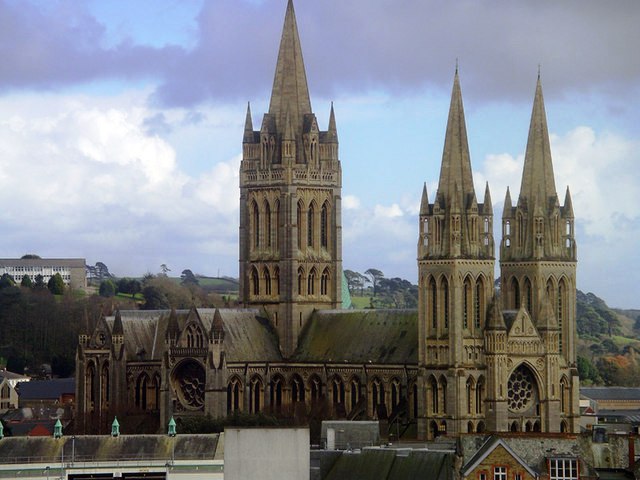 But the lead cabinet member for economy and culture, Julian German (Independent) spoke of Cornwall’s “world class” culture and “ambition to provide a platform for our writers, performers, artists, poets, producers, designers, musicians, software coders and cultural entrepreneurs to tell our story to the world. Our bid will respect the past, but it will be about the opportunities of the present and our ambitions for the future.

“We have preparing the groundwork for this bid for over a decade “added Julian German.  “Cornwall consistently punches above its weight and there has never been a better time for us to celebrate our success.  We have the best connected rural broadband network in Europe, the UK’s number one Arts University, brave theatre companies like Kneehigh, WildWorks and Rogue, internationally renowned visual artists and innovative cultural entrepreneurs from East to West.

“Last summer’s Man Engine spectacle proved what we can achieve when we combine the story of our past with our ability to imagine, engineer and engage. Over 140,000 people saw the Man Engine live and it reached over 112,000,000 people across the globe via our digital connectivity.

“By 2023 we will have doubled the gallery space at Tate in St Ives, rebuilt the Hall for Cornwall and opened a world class archive in Redruth; GROUNDWORK will have explored a new programme of visual art practice and FEAST, our wonderful community arts scheme, will have reached a 1000 communities. All the building blocks for an incredible year long celebration of our arts and culture will be in place.”