Cornwall Council is fighting a rear guard action against its own members who are still bruised by last week’s car parking headlines – which suggested dramatic increases in charges.

An official report, advocating “proposed” car parking charges if the council’s review of fees adopted certain policies, was published on the council's website last week.  The report is due to be scrutinised at tomorrow’s (Tuesday’s) meeting of the Economic Growth and Development committee.

Council cabinet member Geoff Brown has accepted responsibility for the report, which he said was published in error.  He has now written to all 123 councillors promising there will be no changes to the parking fees without full consultation.  Mr Brown said the report should have described new fees as “indicative” rather than “proposed.”

Some councillors are not convinced and are furious that the first they knew about any changes to car parking fees was when they read about it in local newspapers.  Mr Brown’s letter to councillors says:

You may be aware that papers for the EGD OSC meeting next Tuesday have recently been published.

They include an incorrectly titled table labelled “Proposed New Charges” which has understandably caused some concerns. I would like to reassure everyone that these are NOT the proposed new charges.

The table was produced to give the Committee and Members an indication as to how the fees might look if applied through a zoning approach rather than the current 123 different charges in place across Cornwall. Clearly there is work to do in consideration of zoning fees and which zone is applied to specific car parks.

As many Cllrs have pointed out , no fee changes can be made until a full public consultation has been carried out. Once the recommendations from the OSC are known this consultation will then be implemented. I have set out below detailed information around the proposals and sincerely apologise for any concerns caused.

A comprehensive review of parking in Cornwall was undertaken during 2017/18 which culminated in the Cabinet approval of a Positive Parking framework for Cornwall on 20th June. The key parking themes addressed by the Framework are Assets, Tariffs, Enforcement and Technology.

As part of the Tariff review, a significant amount of work and evidence gathering was undertaken to strengthen the link between the role of parking in our communities and traffic management; air quality; use of public transport and vibrant town centres. There was also recognition that the current system of 123 individual tariffs across Cornwall does not support the effective operation of the service or assist with user experience.

A key concern addressed through this work is that parking is not purely an income generator but is a critical part of place making, health and accessibility and the tariff banding has a key role in influencing these issues.

The tariff principles that were approved at Cabinet set out how car parking charging in future would be evidence led based on a number of factors. These are attached for reference.

The proposal that is due to be considered by the Council’s Economic Growth and Development Overview and Scrutiny committee on the 16th October, sets out how this tariff banding may be applied, with an indicative charging structure. The costs were not intended to be taken as read at this stage and this was the purpose of starting the process at Scrutiny. Any proposed changes to charges would be the subject of a full statutory consultation.

Some specific points in relation to the proposed tariff methodology: 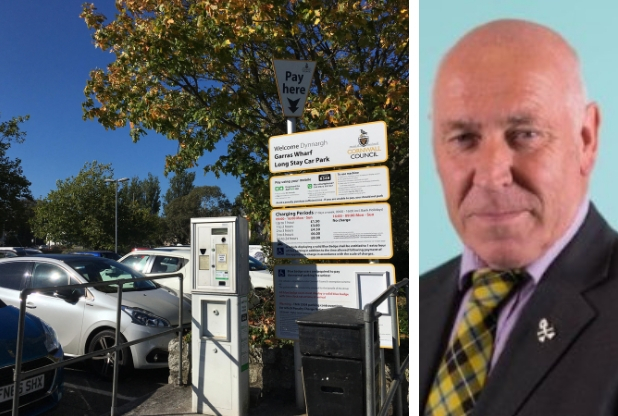 Customers wishing to park for more than 4 hours in our long stay car parks are currently forced to purchase a full days parking.

Linear charging means that customers can purchase the number of hours that they require, instead of having to purchase a full day. Evidence shows that the majority of our customer park for between two to four hours in most towns

Customers will be able to purchase a 30 minute stay in all car parks, to accommodate short visits to local conveniences.

The JustPark telephone payment batch purchase product enables customers to load their JustPark account with as much credit as they wish, and then buy individual reduced rate parking sessions, meaning that daily parking charges in most car parks would be comparable to the current daily charge. i.e. Under the indicative tariff structure for Millpool car park in Looe, the daily rate is currently £5.50. The indicative example shows that this would be £5.60 using the JustPark batch purchase product – a 10p difference.

The proposal is to implement linear charging, which means that customers will receive the full amount of time they have paid for, dependant on the payment that they are able to make.

With regards to next steps and subject to the outcome of OSC:

Proposed changes to the Off-Street Parking Place Order would be developed by the Parking Service, in consultation with the Portfolio Holder for Transport and the Strategic Director.

A full statutory consultation would take place, in relation to any proposed changes to the Cornwall Council Off-Street Parking Place Order. This consultation will last for 8 weeks (5 weeks longer than the statutory period), to accommodate local meetings with members and stakeholders, attended by the Parking Service Manager and Portfolio Holder.

Feedback to the consultation will be collated and reviewed by the Parking Service, before a report is fed back to the Strategic Director and the Council’s Portfolio Holder for Transport.

A decision will then be made in relation to making a new Cornwall Council Off-Street Parking Place Order, including any agreed changes to tariffs and charging structure.

The new Parking Place Order would come into effect on the 1st April 2019.