The idea, outlined in the Local Government Finance Bill, affects dozens of public toilets which Cornwall Council sought to transfer to smaller, local town and parish authorities.  Several councils complained that they could not afford to run the toilets because of the business rates liability.

The Bill has yet to become law, but the proposal has been welcomed by North Cornwall MP Scott Mann, whose constituency includes a number of facilities where town and parish councils struggled to make a business case for taking responsibility for their local toilets.  The new legislation would exempt public toilets from business rates, saving town and parish councils potentially thousands of pounds a year.

“I have been campaigning to save public toilets ever since I was voted as MP for North Cornwall,” said Mr Mann.  “They are an absolute necessity for our residents and the thousands of people who visit Cornwall every year.

“It simply isn’t acceptable to have vital assets like public toilets being closed, and that’s why I wrote to David Cameron back in 2015 to request that business rates be waived, which currently see councils forking out thousands of pounds. This new legislation, however, will exempt public toilets from this category and thus give billing authorities the discretion to waive business rates.

Steve Double, Member of Parliament for St Austell and Newquay also welcomed what he called the end of “the toilet tax.”

“A few years ago when I was the Cabinet Member on Cornwall Council responsible for public toilets I spent many months touring the 285 public conveniences of Cornwall and I spent far more hours than I would like to admit to in some of  those toilets,” he said.  “In recent years Cornwall Council has been seeking to handover all of its public toilets to town and parish councils and other community organisations. 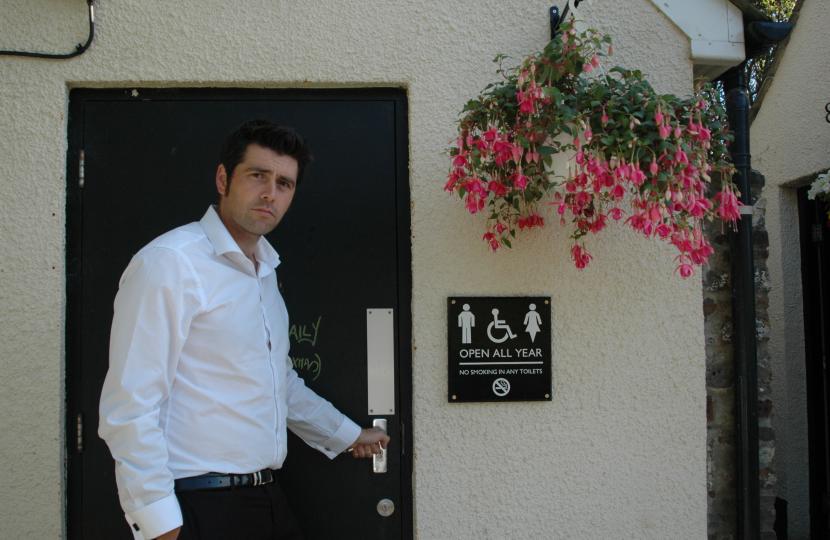 "But one of the biggest barriers to this is the cost of running the toilets and a very large part of the costs is that they are liable for business rates.

“It seems crazy to me that public toilets are liable for rates. They are an essential public service, they do not make a profit, they are not a business.”

"I am pleased that the Government has honoured its promise to ease the financial burden on communities by the introduction of discretionary business rates relief on public toilets owned by local authorities.

"I hope Cornwall Council introduce this rate relief as soon as possible.I have been working on this small but significant issue for some time.”

The Local Government Finance Bill will now proceed to Committee Stage for line-by-line scrutiny before then returning to the floor of the House of Commons for Third Reading. Once passed, it will then proceed to the House of Lords for similar scrutiny.