Cornwall Council is not asking for government cash from the £4.8bn “Levelling Up” fund

Cornwall Council’s leader and one of the Duchy’s MPs have explained why Cornwall has not applied for any money from the government’s Levelling Up fund.

The fund, worth a total of £4.8billion, was made available for town centre and high street regeneration, local transport projects and cultural and heritage assets.

However while local authorities across the country have submitted bids there are none from Cornwall.

A bid has been submitted by the Council of the Isles of Scilly for £48million to fund shipping transport upgrades including three new vessels and harbour works. This bid has been backed by Cornwall Council.

While Cornwall was not named as a top priority area for the funding the Isles of Scilly was. However there have been no bids made for the first tranche of funding for projects on the mainland.

Cornwall Council leader Linda Taylor said that while the council was not seeking money from the Levelling Up fund it would be applying for other funding.

She said: “Our efforts in this Levelling Up fund have gone behind the bid submitted by the Council of the Isles of Scilly.

“We are going to make sure that we get our aims and prospectuses through and apply for other funds such as the Shared Prosperity Fund, that is the EU replacement funding and should be incredible.

“We are also working on the community renewal funding which is approximately £3m and there is a report coming to cabinet this week. And we are also looking at other funding that is available.

North Cornwall MP Scott Mann added: “A lot of people in Cornwall Council are focused on the Shared Prosperity Fund rather than the Levelling Up fund.

“That will be a bigger fund and we are only priority two for the Levelling Up Fund, there are some level two areas which have put bids in, but the priority will be those in the top level. 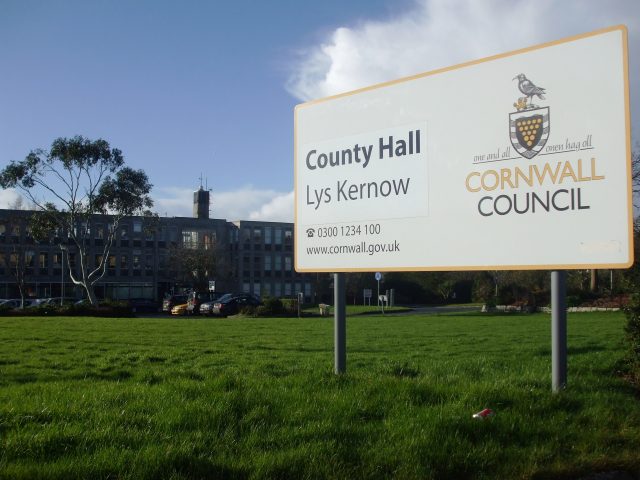 “Our best option is to focus on the Shared Prosperity Fund. If there is a chance you can draw money from central government for a project in Cornwall then you should do so.

“But ultimately our aim should be to focus on the bigger fund, the Shared Prosperity Fund, we can draw down many multiples more than the Levelling Up Fund.”

The Conservative MP said he was also keen to support more towns in his area to bid for funding for regeneration projects and highlighted that Bodmin, Bude and Camelford are already doing so.

He said that he hoped that the Shared Prosperity Fund would be able to provide the money needed for these projects.

At a meeting of the economic growth and development overview and scrutiny committee yesterday (Tuesday) Independent councillor Tim Dwelly asked Cabinet member Stephen Rushworth how much money was set to come to Cornwall from the Shared Prosperity Fund in 2021/22.

Cllr Rushworth said that it was not yet known how much would be available and said he would provide an update.

Cllr Dwelly has previously criticised the plans for the Shared Prosperity Fund saying that they would not match the Prime Minister’s pledge that Cornwall would get replacement funding for that which was previously provided by the EU.

He said that Cornwall would need £100m a year to match the lost funding but said the pilot Shared Prosperity Fund would provide just a tiny fraction of that.