Today’s severe weather associated wth "Storm Brian"seems unlikely to stop two protest rallies – one in St Ives, about the Edward Hain hospital, the other in Truro about low pay.

Campaigners demanding that the Edward Hain hospital be re-opened had planned to wear dressing gowns and form a human link, holding hands around the harbour.  But because of safety concerns, and official warnings to avoid coastal areas, that protest might now be switched to the St Ives Guildhall.  A decision will be made later this morning (Saturday.)

Organisers of a Cornwall Trades Council rally against low pay have already decided to switch their rally from Lemon Quay to the Truro City Hall.  The rally is to be addressed by TUC General Secretary Frances O’Grady.  Average weekly wages in Cornwall are nearly £100 lower than the national average.

Among those backing the Edward Hain protest is former St Ives MP Andrew George, who said he believes the campaign to save the hospital will ultimately be successful.  "Well done to all those involved in the Edward Hain Hospital campaign,” he said.  “We're all down in town, braving the weather to metaphorically place our supportive hands around the hospital...

“The establishment has been scared witless by the people's protest. I'm confident we'll make ground here.  The funding cuts, the STP and the refusal of the Conservatives to give the NHS the money it needs ought to mean that Edward Hain Hospital would be dead in the water......but St Ives is one of the most marginal seats in the country and the Conservatives are being forced to backtrack - even though it contradicts everything they stand for and really want to do.

“So well done.  Keep the pressure up.  I feel we're about to succeed." 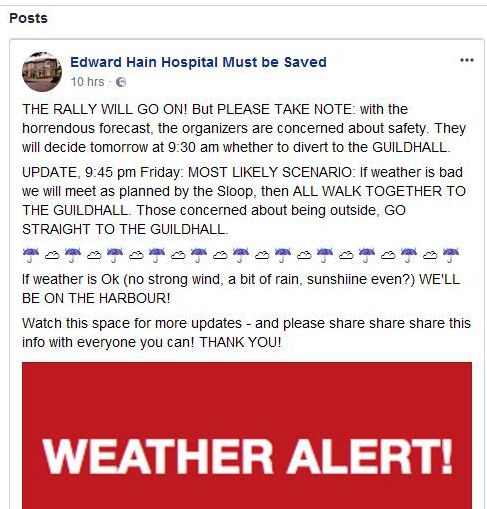 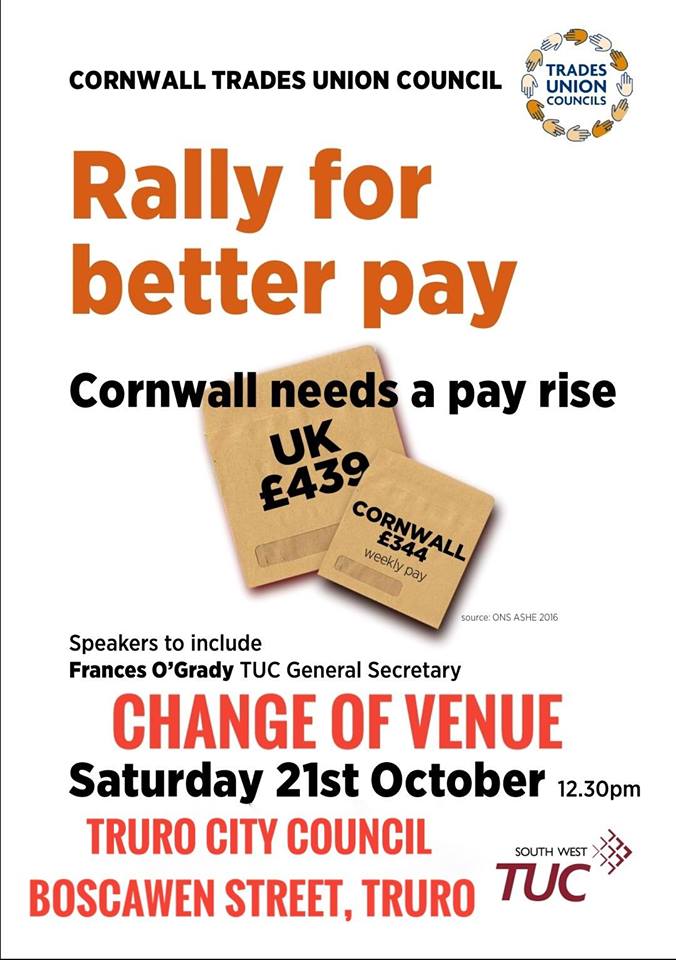