Bodmin’s roadworks have passed a significant milestone with the completion of the Higher Bore Street section.  Meanwhile at the other end of town, another major project is about to get underway with the construction of a new roundabout junction at Callywith Gate.

The Higher Bore Street works, which have involved widening the footway, improving visibility at the junction with Midway Road and installing a toucan crossing, mean that the project is now one third complete – and more than two weeks ahead of schedule.

The Bodmin town centre part of the scheme has also seen the final layer of stonework laid at Church Square.  Between now and the end of May, CORMAC crews will lay more than 17,000 individual bricks at Church Square. They will also lay around 7,000 kerb stones - if laid end to end, the kerb stones would stretch to almost 4.5 miles.

Alex Hoffen, Project Manager for CORMAC, said: "This scheme has involved a lot of work 'behind the scenes' with utility companies, such as gas, water and electricity to either divert services or work around services.

"As such, there has been a lot of careful construction taking place here to ensure we did not disrupt supplies to local homes. The scheme was originally planned for completion at the end of February, so clearly we're very pleased to have been able to finish more than a fortnight earlier."

At Callywith Gate, a new roundabout will be built just off the A30 to cater for demand from the new Truro and Penwith College campus (currently under construction).  The new junction will also provide access to existing and future developments at Callywith Gate, allocated through the Local Plan.

Cornwall Council said that as well as building the new roundabout, the scheme will also include design features which will create a safer arrival into Bodmin to encourage drivers leaving the A30 to reduce their speed along Launceston Road.  There will also be improved access for pedestrians and cyclists accessing local employment, housing, education and recreational facilities.

One aspect of the overall Bodmin project is to create a cycle link between Lanhydrock, the Camel Trail and Cardinham Woods, connecting Bodmin to these cycle hubs which are popular with thousands of visitors each year.

Cornwall councillor Ann Kerridge said: "I'm delighted that this Higher Bore Street work has been completed early and want to thank the people of Bodmin for their patience. I know people have been delayed while these works were carried out and will be glad that this piece of work has now been completed."

Cornwall Council has offered this update on the Bodmin roadworks: 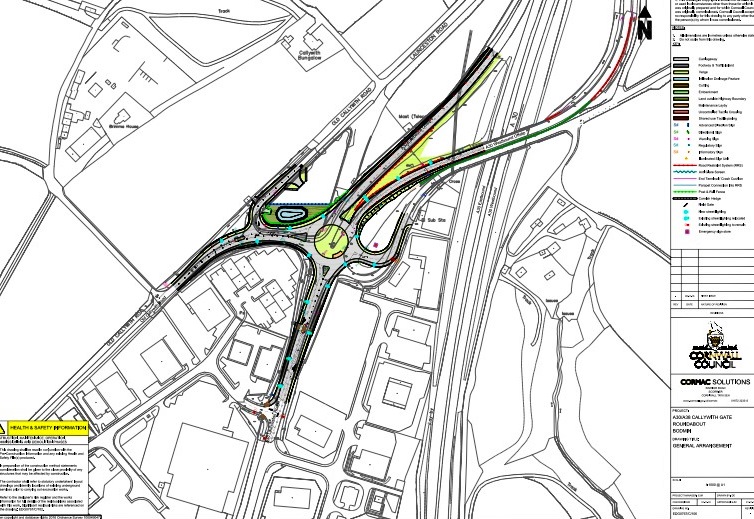