Posted By theboss on 2nd October 2018

The number of fatal accidents on Devon and Cornwall's roads has nearly doubled in recent years, according to a new report.

Road safety experts have worked out who is most at risk of being killed or seriously injured in crashes.  They are motorcyclists, cyclists, rural road users, younger drivers, pedestrians, older drivers and business drivers.

Although most collisions happen in urban areas, almost three in every five deaths happen on country roads - 59%.

And the number of people killed on rural roads is nearly 10 times higher than on motorways.  The information is revealed in Devon & Cornwall Police's three-year road safety strategy.

It outlines the force's approach to tackling the rising rate of serious crashes and says visible policing will be central to the strategy.

The report covering 2018 to 2021 is to be presented by Police and Crime Commissioner Alison Hernandez to the force area Crime Panel meeting in Plymouth on Friday (5th October.)

It says most collisions are caused by human error, with only six per cent from unavoidable factors.  Although the number of deaths has varied from year to year since 2010, the overall number of deaths and serious injuries has been rising steadily.

The report says a national action plan is due to be published by the end of the year, and adds: "The government has signalled its intention to prioritise its action plan upon four user groups it has identified as being of a higher risk these are: young people, rural road users, motorcyclists and older vulnerable drivers."

It also points out Devon and Cornwall are holiday destinations attracting many people who may be unused to driving on rural roads.

More than 11 million people visit the area during the summer, with the problem of fatigue after long drives.

The area is a popular for retirement, putting older drivers on the roads, and medical fitness is another factor in the high risk groups.

People who break vehicle and driving laws can be linked to serious crime and there is evidence they are at higher risk of being in a collision.

The report says the five biggest factors in serious crashes are known as the Fatal Five:  Inappropriate or excessive speed;  Not wearing a seat belt; Driver distractions including mobile devices such as phones, sat navs, and tablets;
Driving under the influence of drink or drugs; Careless and inconsiderate driving; 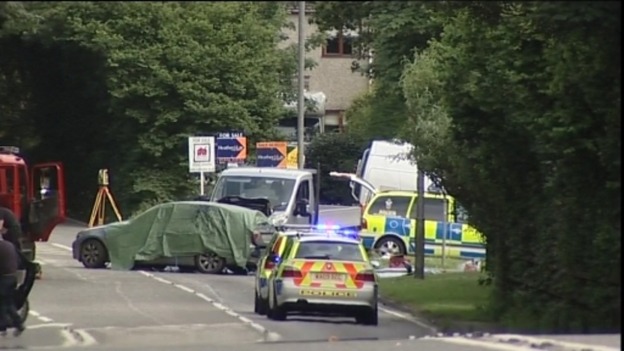 The report says: "Tackling these behaviours and attitudes to risk will be at the core of our approach."

It adds that visible policing was shown to improve driver behaviour.

"Various studies have also shown that increased police visibility including publiclyÂ stopping drivers leads to a decrease in violations in particular for speeding; it serves as a deterrent and prevents others from committing driving offences.

"Increasing our visible presence based on intelligence and maximising opportunities to enforce poor driving behaviour will therefore be central to our approach.  Given the evidence that 94% of all collisions are based on human error, we will ensure that initiatives aimed at changing behaviour and attitudes to risk (the fatal 5) are embedded within our approach as these can have a significant impact on the numbers of people being killed or seriously injured.

"This would include initiatives which promote respect between different road user groups."

A report to the committee says: "The number of people killed or seriously injured on the roads is of considerable concern to the Commissioner and to the Chief Constable as well as to partners and stakeholders from across the peninsula. "

In the 12 months to August 2017 alone, 78 people died and 765 people were seriously injured on the roads of Devon, Cornwall and the Isles of Scilly and we want to do all we can to reduce the impact on our communities of poor driver behaviour.

To support delivery of this objective a new Policing Road Safety Strategy has been put in place and agreed at the Joint Management Board between the Commissioner and the Chief Constable in September 2018.   One of the key features of the Policing Road Safety Strategy is a greater focus on collaborative working with partners from across the policing area and there is a shared ambition to seek to develop a collective view on the required strategic approach.