Be careful out there

Life in rural Cornwall, particularly for anyone involved in agriculture, is often portrayed as a battle against wild animals. Any beast which competes with us for space and resources, disrupting our right to maximise output, is, at best, a nuisance – right?

So last week’s news that squirrels had “brutally attacked” a three-year-old boy in Cornwall raised all kinds of profound questions, not the least of which were: Really? Should we be worried? And most urgent of all for the national newspaper journalists – what is the correct collective noun for more than one squirrel? 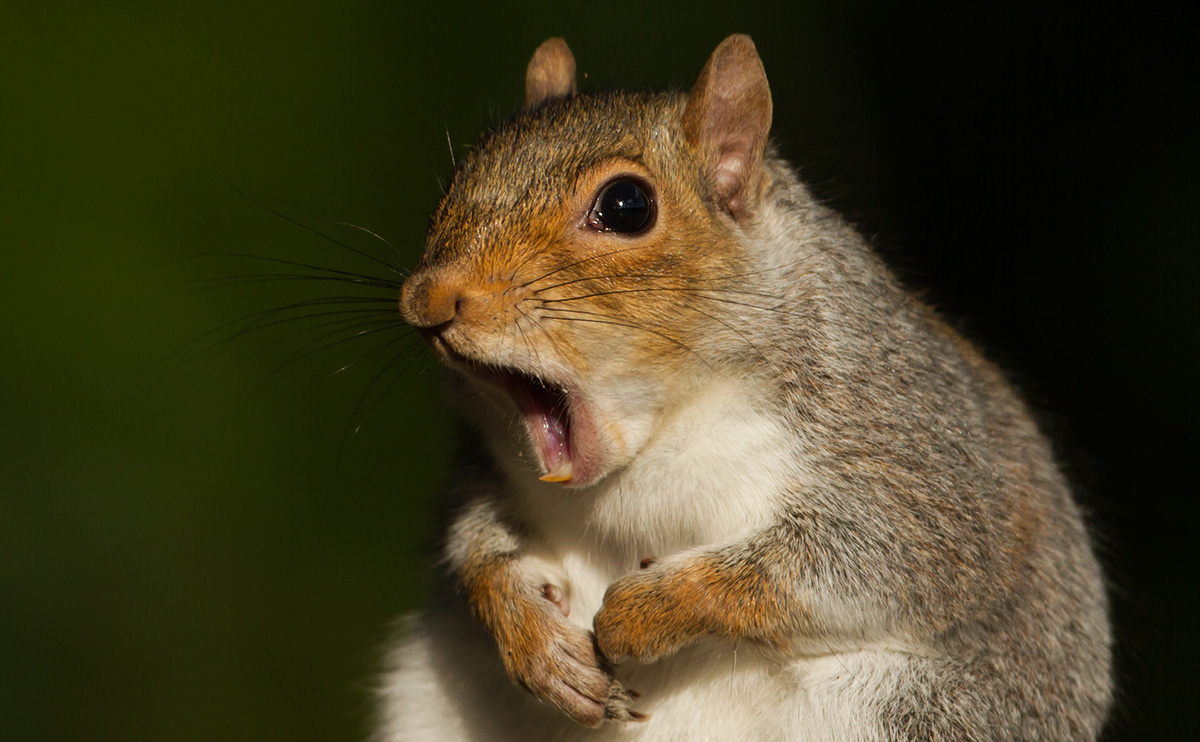 Words like “gang” or “pack” were initially popular, conjuring up images of squirrels hiding in bushes, co-ordinating their movements, prior to planning and launching a surprise attack on an unsuspecting human. Eventually the hacks (collective noun: “a scoop of journalists”) settled on the little-used term “a scurry of squirrels.”

I’ve had squirrels in my wood for more than 20 years, and although I have seen them in pairs I have never seen a “scurry” – but after last week’s drama I shall now be much more careful. And scared. In 2009, according to the ever-reliable Daily Mail, the Department of Health encouraged nurses at a Durham hospital to “walk about in pairs” in order to stay safe in the wake of squirrel attacks. “The hospital involved sent out guidance that nurses should be careful and wear protective headgear or carry an umbrella.”

More recently, thanks to the Daily Telegraph, we know that: “Terrified schoolchildren were forced to evacuate the playground after an aggressive squirrel caused havoc and attacked a teacher. Staff had to lead the children to safety at Watford’s Chater Infants School after an “unusually aggressive” grey squirrel disrupted their afternoon playtime. One member of staff was attacked and scratched by the squirrel during the encounter.”

Cornwall seems to be unusually plagued by vicious wild animals. At around the same time as squirrels were causing havoc in Tehidy Woods, giant seagulls were knocking teenagers off the harbour wall at St Ives. A 15-foot fall led to a flight in an air ambulance, and a trip to hospital, after a dive-bombing seagull snatched the 18-year-old’s ice cream. 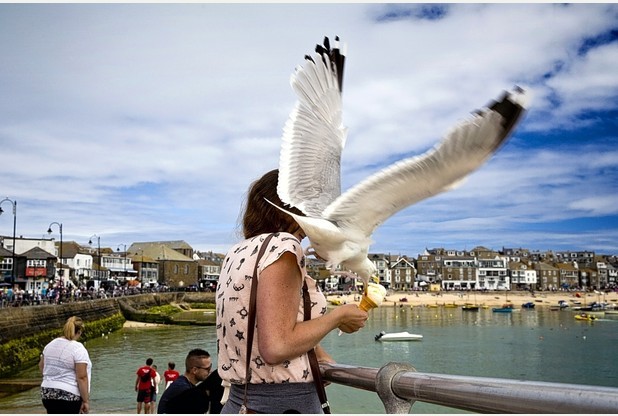 Seagulls, of course, have form. There are plenty of stories of people who have nearly lost fingers, or suffered head injuries, following seagull attacks. In Cornwall, we know of cases where seagulls have killed at least one pet dog and (separately) a tortoise. 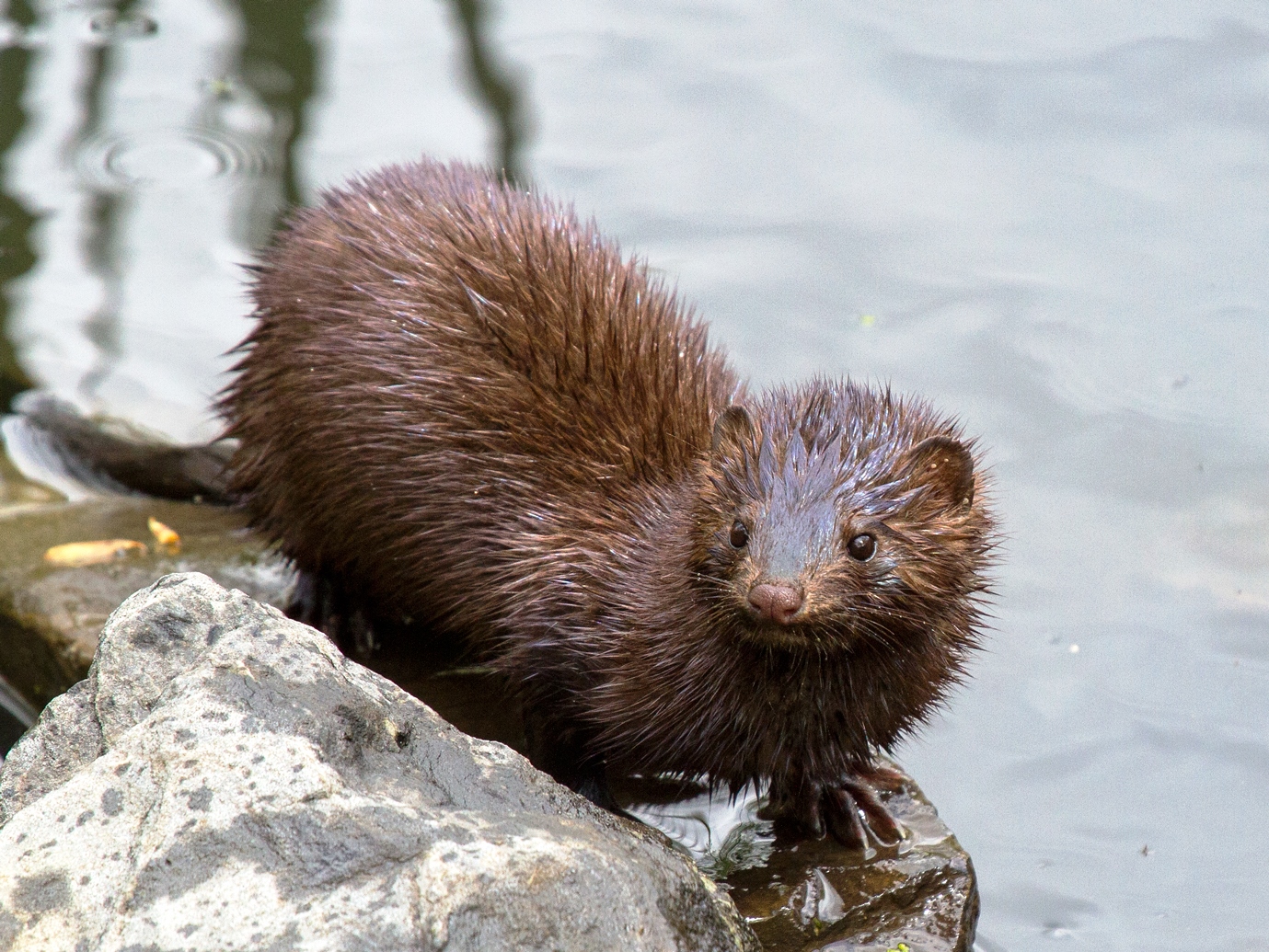 Personally, the wild animal I would definitely think twice about before approaching is the mink. More than 50 years ago, there was a mink farm near St Mabyn. As the demand for mink coats declined, the business closed and some of the animals either escaped or were released. I’ve seen one, with a rat clenched firmly between its razor-sharp teeth, down by the River Allen.

These mink really shouldn’t be here at all. An American-import, they have had a devastating impact on Cornwall’s native wildlife. A bit like grey squirrels.Lazing in bed on Sunday morning, I watched as one crow after another settled and perched on the electricity cables which stretch across the field. There must have been about 20. I’m sure they were looking at me. I decided to stay in bed.