Adam Paynter is new leader of Cornwall Council, in another Liberal Democrat-Independent coalition

No cabinet posts will be announced for a few weeks, although the division between the two groups will be five each.  Independent councillor Julian German is deputy leader of the council.

The only policy announcement of the day concerned the proposed European Union Capital of Culture bid, which Mr Paynter finally laid to rest when he told councillors, during his pre-election speech, that he would not wish to pursue the idea.

Mr Seeva said the Conservatives had got more votes than any other party or group and that the outcome would be intensely frustrating to the electorate. 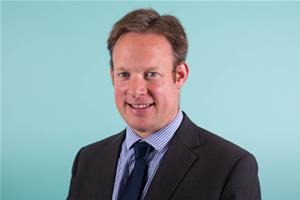 Mr Seeva said the Tories would seek to oppose the administration.

Penryn councillor Mary May was elected council chairman, with Saltash councillor Hilary Frank as her deputy.