“Accountable” Care comes out of the shadows and dances on the lawns of County Hall, as health chiefs prepare for shotgun wedding

Cornwall Council’s NHS “charm offensive” in the battle for hearts and minds over who should run healthcare finally clicked into gear yesterday (Wednesday) when officials released a statement about what they have decided to call an Accountable Care System.

Early versions of the proposals, developed by Chicago-based business consultants GE Healthcare Finnamore and published by Cornwall Reports in August, referred to an Accountable Care Organisation, rather than an Accountable Care System.  It is important to read this document thoroughly to fully understand the background: page 62 of the GE document sets out options and possible scenarios.  “Option 2” makes chilling reading for traditionalists, as it states: “Does not include NHS England.”

Some of the more radical ideas, such as appointing a single commissioner who would also run the police service, do not appear to have survived.  But the document is significant because, with its roots very firmly in the United States private sector, it has been the launchpad for whichever direction Cornwall's healthcare is now headed.

To date, neither the council nor any of its NHS partners has identified a governance model which could be described as accountable or democratic.  You can download the full GE Healthcare document here:GE FIRST REPORT-ilovepdf-compressed (2)

The council statement has been several days in preparation and was released late yesterday after a group of about 20 protestors staged a peaceful demonstration outside County Hall.  The protestors said they shared the concerns of respected academics, such as Professors Allyson Pollock and Stephen Hawking, who are pursuing a Judicial Review in a bid to have ACS/ACO health models declared unlawful.  There has been no Parliamentary scrutiny.

This is the full text of the council statement:

The NHS and local government in Cornwall and the Isles of Scilly are agreed that the way services are currently commissioned and provided won’t address the changing the needs of their .local communities. Doing more of the same is financially unsustainable and will not guarantee that quality and safety of care will improve.

All agree that the approach needs to change. Our combined view is that they need to work together as an Accountable Care System (ACS) to enable more integrated care that serves the needs of the whole population.

An ACS does not change each organisation’s statutory and legal responsibilities. Instead it describes a way of working together that allows for a one strategy, one budget and one plan approach which  puts the person not the organisation first.

As well as being in agreement about the approach, all are signed up to making progress and testing out the practicalities by working in shadow form during 2018/2019.

The shadow ACS will operate within the existing statutory framework which means that the Councils, NHS England, the CCG and provider trusts will remain the statutory accountable bodies in the system.

Work will be supported by an accord which describes the principles of collaboration agreed by all partners involved in the ACS.

Like many other areas across the country, local health and care services are facing a number of challenges - people are living longer, an increasing number of people have multiple, long-term conditions, and when people do need care, they receive it a variety of different ways – in hospitals, from their GPs and primary care staff, in clinics, nursing homes and from home care agencies.

Recent Care Quality Commission (CQC) reports into local health and social care have made it clear that services are not sufficiently or consistently meeting people’s needs. It found that:

What is being planned and what is the timescale?

We recognise some people are concerned by this proposal but this is not about privatising the NHS.  An accountable care system simply means that the overall health and care system works better together in the interests of patients and the wider community.

There is no single model for accountable care systems in England, with different local areas developing their own approaches. We want to work with individuals and organisations to develop a Cornwall and Isles of Scilly model which both co-ordinates care across the whole health and social care system and improves the health and wellbeing of the wider population.

It is proposed that the local shadow ACS will be made up of:

A guiding principle of the work to develop an Accountable Care System is to be open and transparent and to allow for debate and discussion about proposals as plans progress.

An important part of this work will be  a  series of four inquiry days in December and January to learn from other areas that are setting up Accountable Care systems and draw up recommendations on the way forward.  These sessions will be open to the public and will be led by a panel of five* Cornwall Councillors, chaired by Andy Virr.

The purpose of the inquiry days is to hear from representatives of local health and care organisations and from those areas developing an ACS, NHS England and patient groups such as Healthwatch.

At the end of the inquiry days, the councillor panel will draw up recommendations specifically about the development of the integrated strategic commissioning function of the ACS. 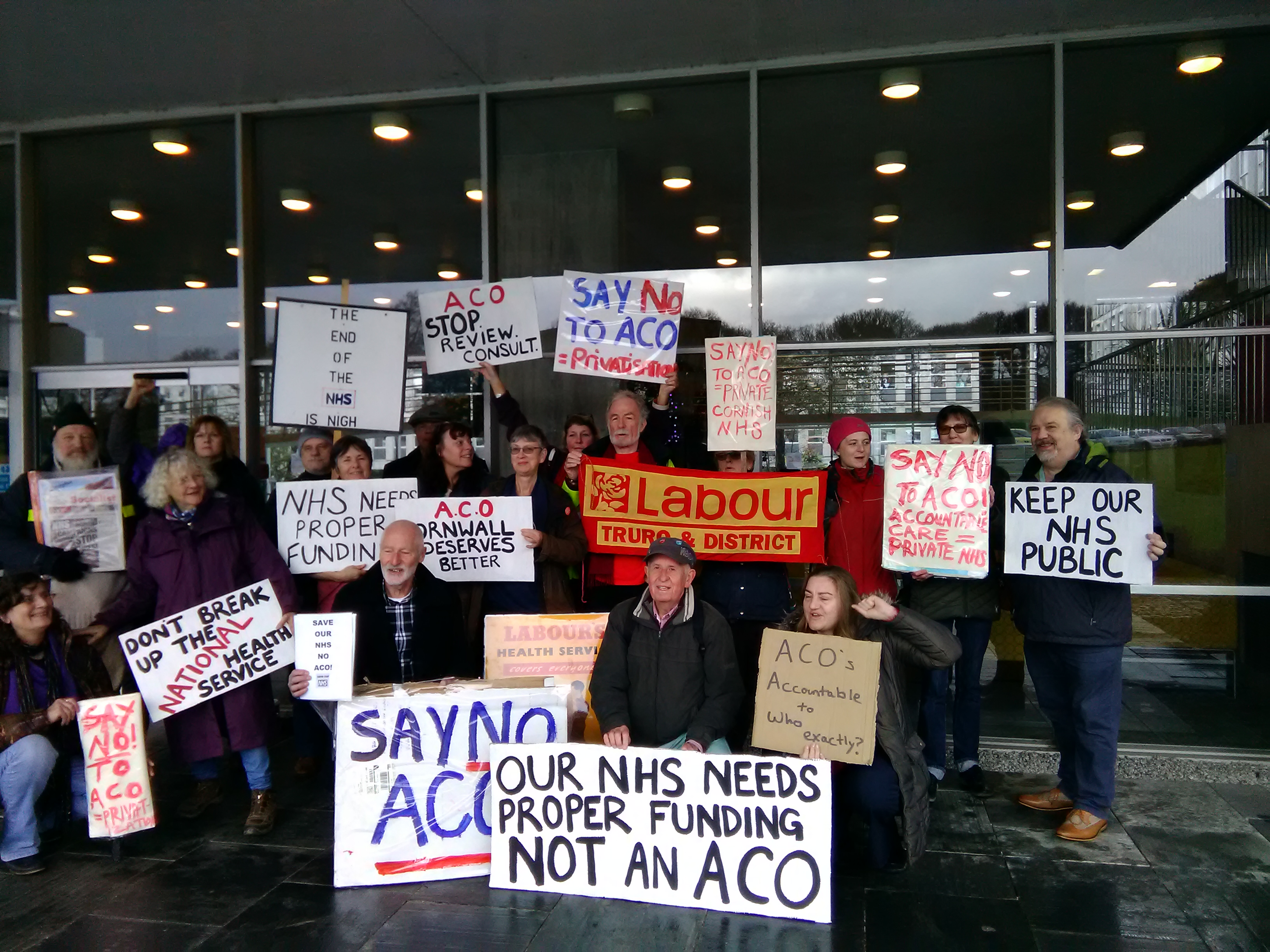 These will then be considered at an extraordinary meeting of the Health and Adult Overview and Scrutiny Committee at the end of January, with a report being presented to the Council’s Cabinet in February, followed by full Council. The recommendations will also be discussed by the Kernow CCG Governing Body.

More information on the ACS can be found on the Shaping Our Future website http://www.shapingourfuture.info/plans-accountable-care/ 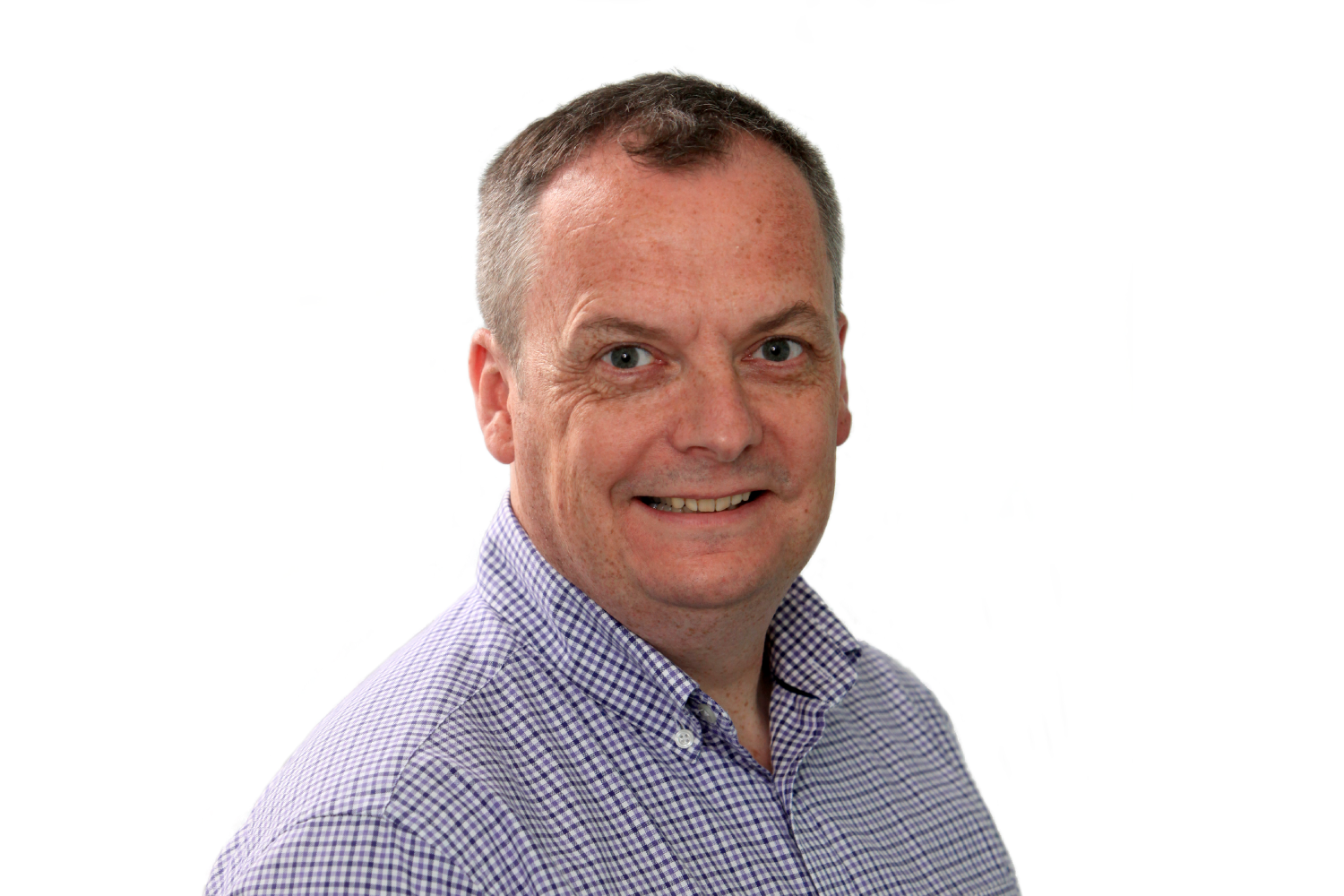 Dr Iain Chorlton, Chairman of Shaping Our Future’s Clinical Practitioner Cabinet, said: “Our plans to transform health and care detail the need for greater integration between health and care services. The results of our ongoing engagement with the public, clinicians, health campaigners, and people working across health and care, show support for a more joined-up delivery.

“There has always been a boundary between people who buy health and care services and those who provide them. Creating an Accountable Care System gives us an opportunity to bring commissioners and providers together and work together with the common aim of putting people before organisational priorities, which can only be for the benefit of everyone in Cornwall and the Isles of Scilly.

“NHS Kernow will consider the plans through its Governing Body, alongside discussion with our member practices.” 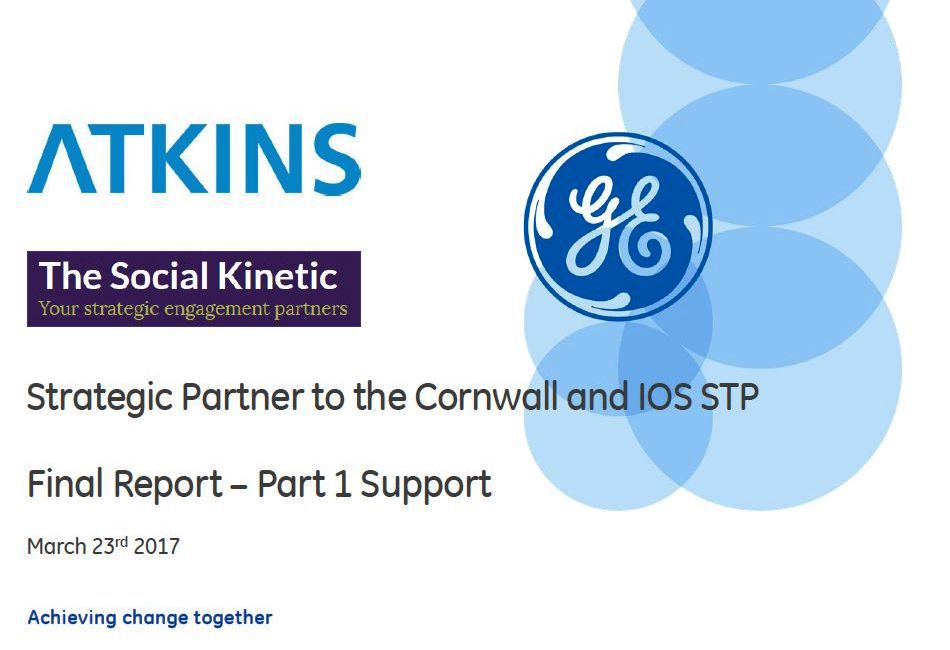 Published to only a handful of people in March, this confidential document was finally obtained and put into the public domain by Cornwall Reports in August. 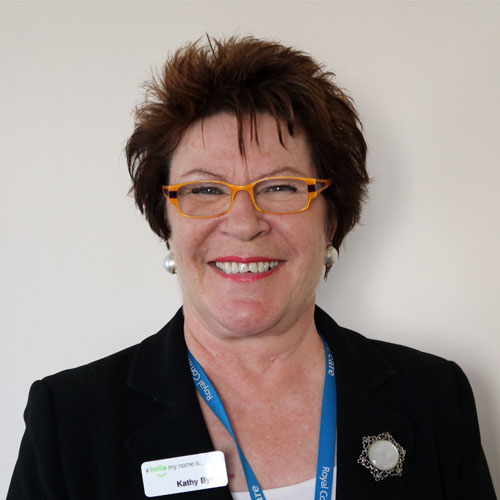 Kathy Byrne (above), Chief Executive of RCHT said: “We are increasingly working together across organisations to provide services. Collaboration between Royal Cornwall Hospitals, Cornwall Foundation Trust and local GPs will improve our urgent care system this winter. We know that we have a way to go before we can offer the outstanding care we all aspire to. Health and care leaders are united in the view that we need to go further and faster to bring our health and care system closer together with the person at the centre. By April 2018, we aim to be working like an Accountable Care Partnership that brings services together in a way that can make a real difference to people’s care and more reliably meets the changing needs of our community over the years to come.

Alongside proposals for greater devolution of health and care powers to Cornwall, we are determined to take more control of our local resources, simplify decision making and become more accountable to the people we serve. Together, we share a commitment to create a health and care system fit for the 21st century and radically improve the independence and wellbeing of all those who live in Cornwall and the Isles of Scilly. 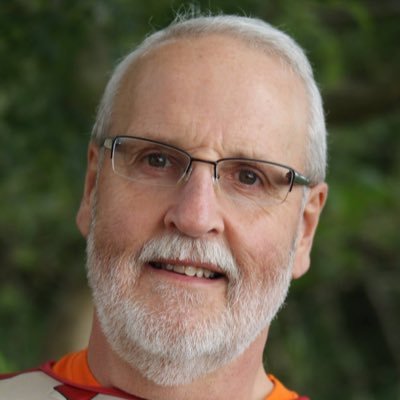 Cabinet portfolio holder for Adults Rob Rotchell said: “Delivering an accountable care partnership is about what it says on the tin - working in partnership to deliver better joined up services and making sure that people are at the centre of what we do. I understand there is some fear and concern, but we will be open about the way we work together. The shadow ACS will operate within the existing statutory framework - the Council, NHS England, the CCG and provider trusts will remain the statutory accountable bodies in the system.

“There are many different models for accountable care partnerships, which is why we are holding these inquiry days to find out more about the strengths and pitfalls of different approaches. There is no blueprint on how to do this.

“The inquiry sessions will be open to the public and there is no hidden agenda – this is fully transparent. The inquiry will make a recommendation to Cabinet and then full Council.”