A30 Hayle by-pass safety barrier petition closing in on 3,000 names

A petition calling for improved safety on the A30 Hayle by-pass has already attracted nearly 3,000 names, only a few weeks after it was launched.

Casey Warne, 24, started the petition after her grandparents were seriously hurt when another driver attempted a U-turn on the 3-lane stretch of road.  The petition calls for safety barriers to make such a manoeuvre impossible.

Although the petition calls on Cornwall Council to take action, the road is actually the responsibility of Highways England.  So far 2,708 have signed the petition.  The road is a notorious accident blackspot

Ms Warne’s petition says: “I, along with many others, believe that by getting a central reservation barrier put up on this road, is the solution to preventing anymore crashes and lives being lost. Perhaps cameras could also be put up. This will enable authorities to catch the people responsible and so that appropriate action on these people can be taken.

“The central reservation barrier would mean that it would NOT be possible for people to make these dangerous turns and ultimately, this WILL SAVE LIVES. Yes, there are 'No U-Turn' signs all along this road but clearly, these signs are not enough. 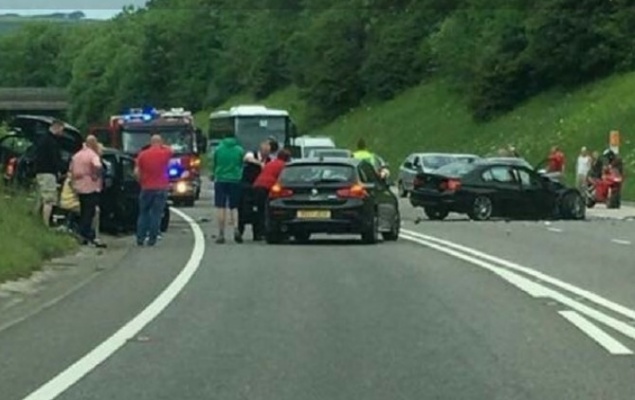 Click to the photo to visit Casey Warne's petition

"How many more innocent people are going to lose their lives or suffer serious injuries?! It's truly not acceptable and I really want to put a stop to this and fast, before it's too late again.”

Highways England says it has installed warning signs advising drivers not to attempt U-turns and is consulting police over possible further measures.