The Adult Social Care part of the council’s budget has for many years been seen as a “Cinderella” service, lacking the funds to cope with Cornwall’s ageing population.  The Care Quality Commission warned in October that adult social care was “at the tipping point.”

Recent controversies surrounding the council’s role in commissioning care in some of Cornwall’s residential homes, and forthcoming controversies over “who pays for what” as health and social care services are integrated, help explain why the government is keen to avoid direct responsibility.

A briefing paper prepared by council officials ahead of a cabinet meeting later this month sets out options available. 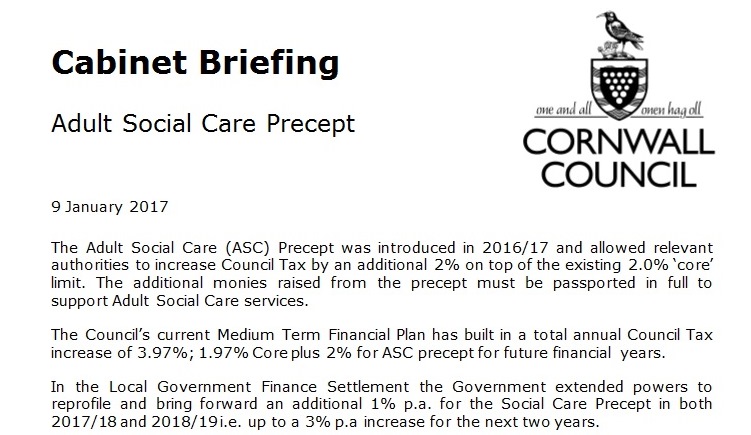 The current council budget, which has seen tax bills rise by 3.97%, includes an element of 2% which is ring-fenced for adult social care.  The government recently announced it was prepared to increase this element to 3% for the next two years.

The “cap” on overall council tax increases for adult social care remains at 6% for the next three years - putting political responsibility for local priorities on ruling groups in local government.  In Cornwall’s case this is currently the Liberal Democrat-Independent coalition, with elections in May.

If councils opt to raise council tax bills for adult social care earlier, they might face more difficult decisions later.  If councils want to raise local taxes beyond these government limits, they must first hold a referendum. 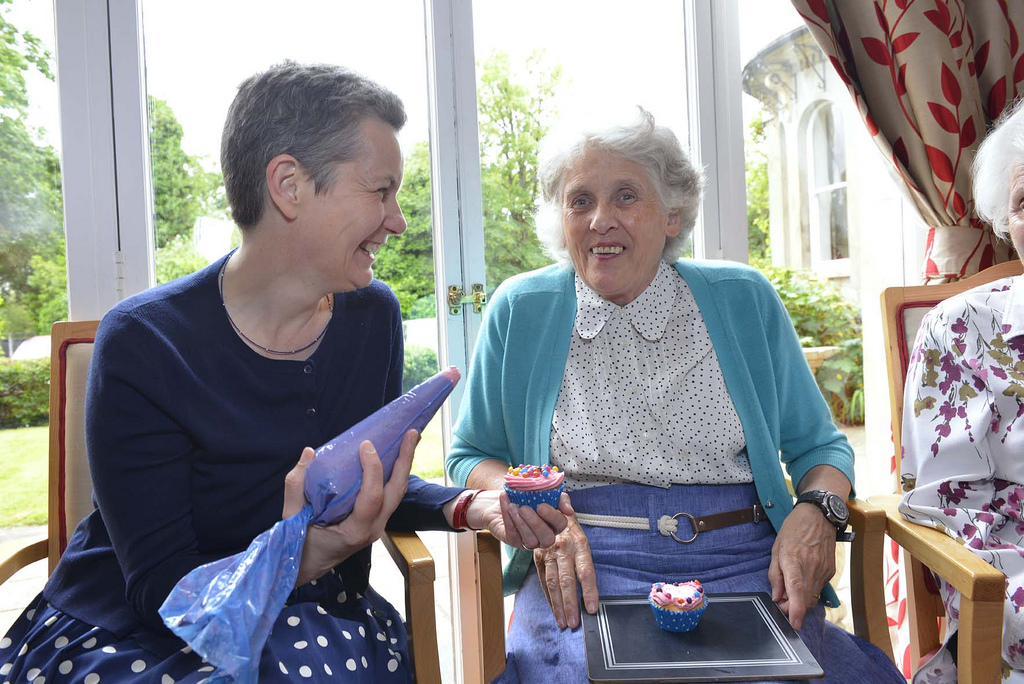 The briefing note makes clear that Whitehall has given local councils the power to bring forward additional monies for adult social care.  The options are to do nothing, raise the adult social care precept immediately, resulting in an uplift of £7.7 million, or to defer the 1% increase to next year.  This would result in an uplift of £2.5 million.

“In the Local Government Finance Settlement the Government extended powers to reprofile and bring forward an additional 1% p.a. for the Social Care Precept in both 2017/18 and 2018/19 i.e. up to a 3% p.a increase for the next two years,” it says.

“This is an option and there is no requirement to move to this profile. To ensure this does not materially impact on Council Tax levels over the period of the Spending Review, the overall increase over the next 3 years will remain capped at 6% overall.” 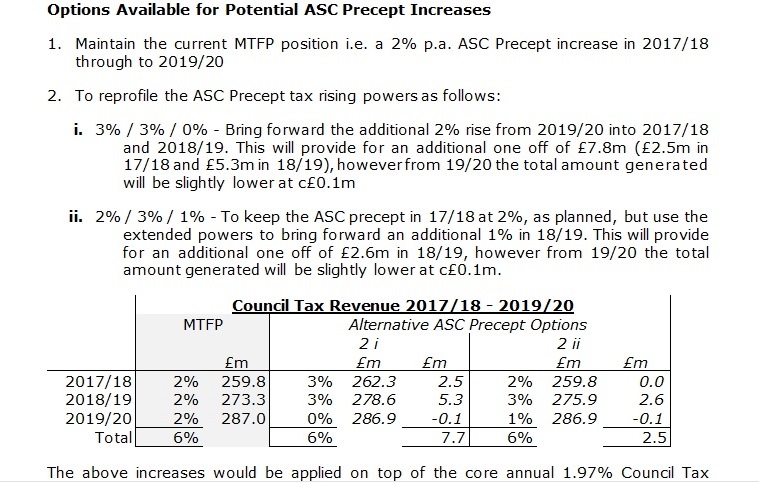 The next Cornwall Council cabinet meeting is scheduled for 25th January but the 10-strong group is expected to discuss the issue, informally, before then.