Plans to build 1,500 homes in the china clay area of West Carclaze have been boosted today (Monday 2nd January) by the government’s announcement that the site is to be designated a “garden village” – attracting additional taxpayer support.

The proposed development was first announced as an “eco community” in 2014 but swiftly ran into local opposition. No decision on the planning application is expected before the summer of 2017.

The Department of Communities and Local Government (DCLG) has today included West Carclaze on a list of 14 sites which will benefit from a £6 million fund to support their delivery.

Housing and Planning Minister Gavin Barwell said: "Locally-led garden towns and villages have enormous potential to deliver the homes that communities need. "New communities not only deliver homes, they also bring new jobs and facilities and a big boost to local economies.”

The West Carclaze site is the only proposed development in Cornwall included in the scheme. Cornwall Council welcomed the DCLG initiative. Edwina Hannaford, the portfolio holder for planning, said: “Following the adoption of the Local Plan for Cornwall in November now is the right time to move forwards by focusing on how we can make development work for Cornwall. This funding allows us to focus on the quality of new development and early delivery of infrastructure - something I would like to see as part of all new development. “

It is not yet clear exactly how much of the additional cash will find its way to the china clay area or precisely what it will be used for.  If shared equally between the 14 garden villages, the prize would be worth less than £430,000. 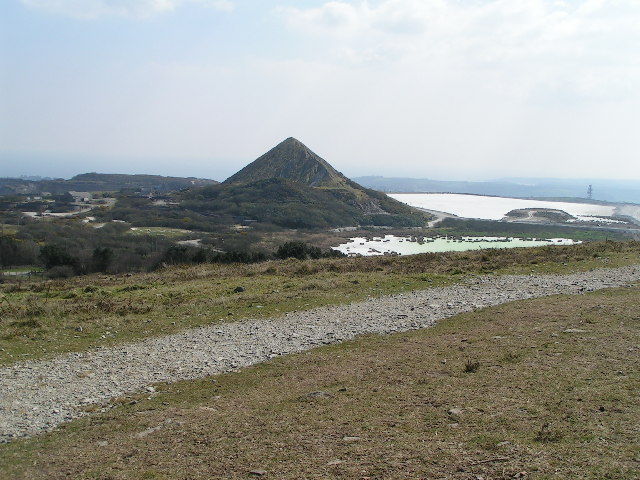 The council said the money would support the delivery of a new primary school in the area, and help build the proposed A30 to St Austell link road. The scheme also includes the provision of new manufacturing employment space.

Julian German, the council’s portfolio holder for economy, added: “We welcome this announcement. This will see continued support for creating a high quality development with all the infrastructure required to act as a catalyst for economic growth in the area. The combination of this support, combined with the work to develop employment space for advanced manufacturing (ESAM) next to the West Carclaze site, highlights the opportunity to use the development to create better paid jobs in the area .”

More than a thousand people have commented on the planning application – most of them hostile to the idea. But John Hodkin, representing Eco-Bos and landowners Imerys, said: “We are very pleased to have been able to collaborate with Cornwall Council on this bid and for the proposed West Carclaze Eco-Community to have been one of just 19 successful projects out of some 50 bids nationally.

“The funding will support the delivery of early infrastructure, such as the new primary school, ensuring that much-needed facilities are brought forward early for the benefit of the new community and neighbouring villages. Following the endorsement by an independent inspector of the Cornwall Local Plan this is further recognition at a national level of the value of regeneration in the Mid Cornwall area and the significant social and economic opportunities it can bring.”