North Cornwall MP Scott Mann is through to the final of the Parliamentary darts tournament.  He is due to play Scottish Nationalist MP Gavin Newlands, in front of thousands of spectators, as part of the World Darts Championship event at the Alexandra Palace on Thursday (22nd December.)

“It’s a Cornwall versus Scotland final and all I can say is that I will do my best,” said Mr Mann.  “There were 32 Members of Parliament who entered, and now we’re down to the final two.

“I started playing darts several years ago, at the Wadebridge Conservative Club, and I never imagined that one day I would be playing on such a stage as this.  I used to play in the Friday night league in Wadebridge, against other pub teams, and I really enjoyed it. 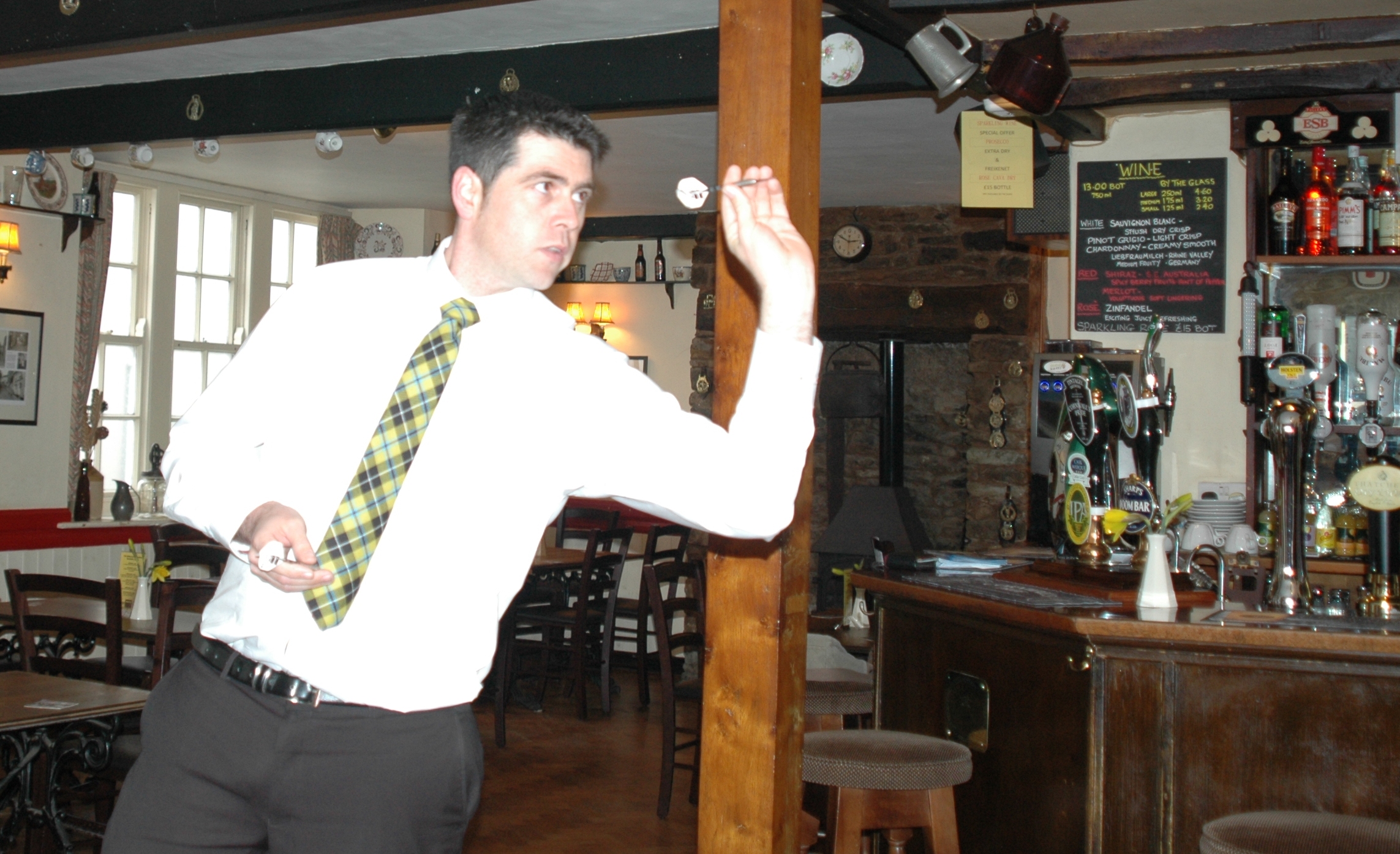 “I think about 3,000 people will be at the Alexandra Palace and I think Gavin’s supporters will be flying the Scottish flag, so I will do what I can to stand up for Cornwall.  I’ve got some special flights for my darts to make it clear where I come from.  I think it might even be covered on Sky TV.”