The fine for delays in completing works on the major A30 dualling at Temple are “approaching” £400,000.

Work to create dual carriageways on the main road route through Cornwall were originally meant to have been completed last summer.

Yet while the main part of the £60million works were completed last July, there have been various additional works needed. The road is currently reduced to a single carriageway in both directions while contractors Kier carry out works.

When first announced in January Kier said that the works would be completed by March 16. But it has now been revealed that they will continue until March 22.

Cornwall Council has previously said that it would be penalising Kier for the delays but until now had not revealed how much the fine would be.

Geoff Brown, Cabinet member for transport, told a meeting of the council’s economic growth and development overview and scrutiny committee yesterday that he was not happy with the continued delays.

Mr Brown said that he had driven down the road himself just last week and encountered the single carriageway restriction.

He said: “I have asked them to explain why these delays continue to happen. He assured me that it will be done by March 22.”

He added that it was “not good enough” and revealed that the fine for Kier was “approaching now £400,000”. 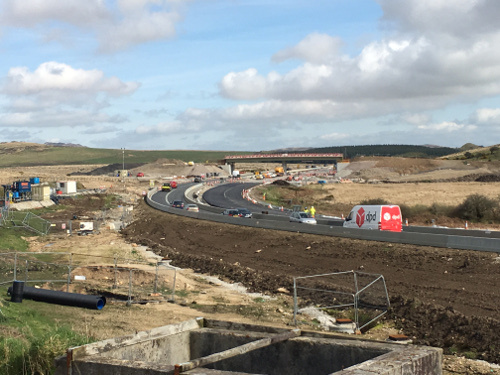 Council leader Adam Paynter previously said that any money paid through the fines would be put back into the council’s highways budget.

The three-mile section of road over Bodmin Moor and Preeze Cross Bridge was formally declared open for business on July 14, bringing to an end two years of roadworks misery. Cardinham Bridge opened to traffic a few weeks later.

During its busiest time, the road carries around 40,000 vehicles a day, meaning that roughly 280,000 cars, lorries, camper vans, caravans and motorbikes travelled along the new widened stretch of road in the first week it opened.

When the road was previously a single carriageway the delays it caused to traffic were estimated to cost the economy £235m a year.