Planners have finally approved the construction of 800 new homes and two shopping centres on farmland on the outskirts of Newquay.

The 71-acre Chapel Gover scheme was backed by 15 votes to 2, with no abstentions, when Cornwall Council’s Strategic Planning Committee considered the outline application yesterday (Thursday.)

The shopping centres are to include shops, restaurants, hot food takeaway businesses together with health, education and other public services.  Local councillors have been debating the proposal for nearly two years.

Planning officer Stephen Kirby recommended approval of the Hautot Developments Ltd scheme, saying the benefits outweighed any negative impact.  He said most of the project was in low-laying land and “you would not really notice it.”

Chief planning officer Phil Mason said he had been working on the growth of Newquay for 20 years and felt there was a general acceptance in the area of the need for more homes.  “This is about the whole community, not just a collection of housing estates,” he said. 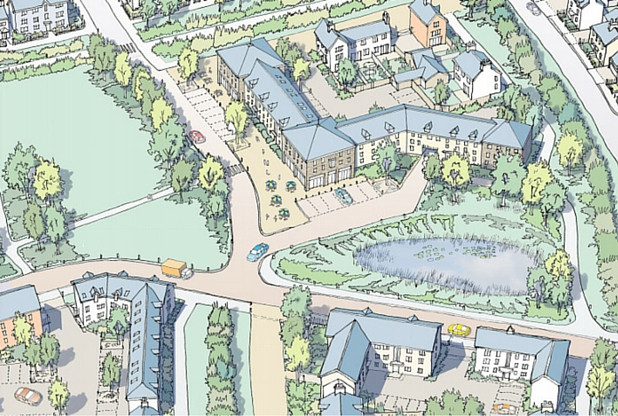 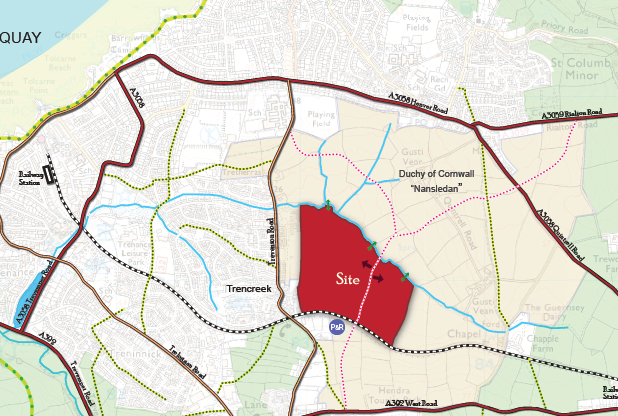 Officials said they believed that earlier concerns about the impact on air quality could be mitigated by the developer’s offer of financial support for a car-sharing scheme.  About 23% of the new homes will be classed as “affordable” for local people.

But Sue Ansell, of the Quintrell Downs Action Group, said some local people maintained their objection to the scheme.  “It is premature,” she said.  “The infrastructure should come first.”

Among the conditions imposed by planners is a rule that not more than 450 of the homes should be built before the much-discussed Newquay Strategic Route is built.  Funding for this proposed new road has yet to be fully identified.

Separately, The Duchy of Cornwall has a 50-year project on the neighbouring land at Nansledan, with proposals for 3,000 homes, to be built over six phases, on a 400-acre site between Trevenson Road and Quintrell Downs.