Four more branches of Lloyds bank are to close in Cornwall.

The company says it plans to pull out of Lostwithiel, Mevagissey, St Blazey and St Mawes between March and April.  The announcement has triggered a wave of protest.

Lloyds says the move is part of a nationwide restructure, which will see the closure of around branches in the UK and the loss of 665 jobs.  Lloyds says the cuts are necessary as it continues trying to return to the private sector, following the 2008 financial crisis.

A spokesman for Lloyds Bank said: "We can confirm that we will be closing eight branches in Devon and Cornwall during March and April next year.

"These branches have been identified for closure because of the changing way customers choose to bank with us. The majority of customers now regularly use alternative branches or use other ways to bank, such as using online and telephone banking to complete their banking needs.

"We apologise for any inconvenience that these changes may cause, and have informed customers of the closest alternative branches."

A petition has been launched to save St Blazey's branch as residents fear it would leave the village without a single bank.

Lloyds is Britain’s largest retail bank.  The company aims to save £400 million pounds by the end of 2017, despite doubling its profits to £2.45 billion in recent half-year results.

St Austell and Newquay MP Steve Double has said he wants talks with Lloyds.  "I have asked for an urgent meeting with Lloyds bank to present the case to see if there is a way to keep these branches open,” he said.

"If they going to go ahead with the closures then we need to ensure there is alternative provision for banking in these villages so people can continue accessing banking services there." 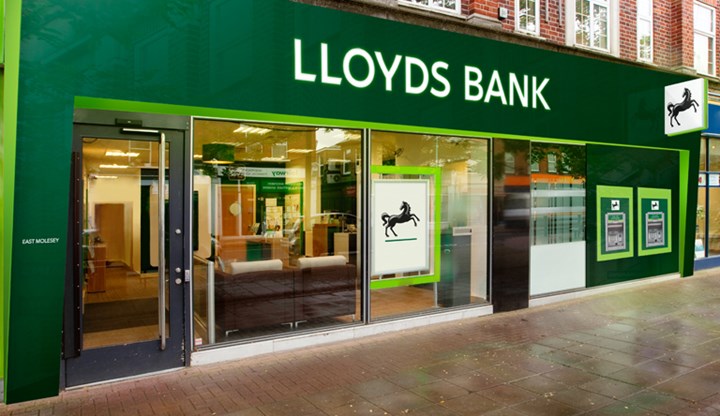 The bank said it would put eight mobile branches on the road between March and April next year to compensate for the loss of branches.

The Lloyds spokesman added: "We remain committed to these communities and we will be introducing a new mobile branch banking service to support the eight towns and villages affected by these closures, alongside other ways to access banking locally.

"Our mobile branches are designed to be flexible and provide services, such as making deposits, withdrawing cash and paying bills, as well as helping customers use online banking and make general account or product enquiries.

"These mobile branches will be on the road from March and April next year."

Lloyds, Barclays, HSBC, Royal Bank of Scotland and Santander have already closed 1,700 branches between them in the past years leaving 1,500 towns and communities without a single bank on their high street.

Unions said the ongoing cuts to the 75,000-strong workforce risked having an impact on customers.

Rob MacGregor, Unite union's national officer, said: "It is alarming that Lloyds are continuing this programme of job cuts and branch closures. Unite have expressed to the bank that these ongoing cuts hurts our members and inevitably impacts customers."